Chain of reasoning step consists of a series of sub-chains that perform relational reasoning and object refining. Given that objects of image denoted by O^{(t)}, output is calculated as follows.

Relations of objects are calculated with guidance conditioned on question. Objects are refined with weighted sum of relations.

Decisions are made with all the objects from each step. 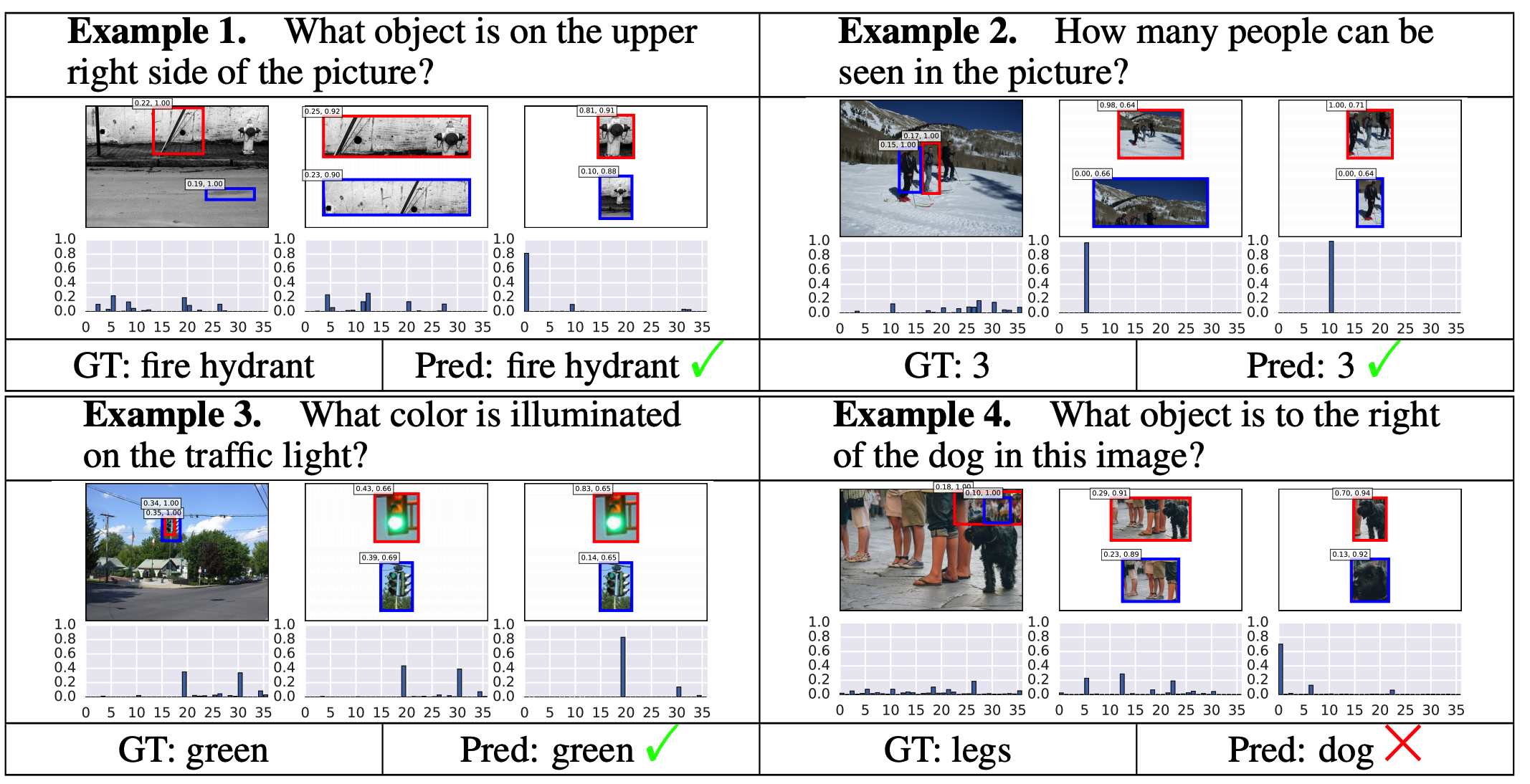