Two kinds of pretraining tasks are used for BERT. Since BERT is bidirectional, masked language modeling task is used. Mased LM randomly choose words in the corpus and replace with mask token and the hidden vector of the mask token is used for the softmax. BERT randomly choose 15% of the tokens. 80% of the chosen words are turn into mask tokens. 10% are replaced with a random word and the rest 10% are kept unchanged. The second task is next sentence prediction task. The training loss is the sum of the mean masked LM likelihood and mean next sentence prediction likelihood. 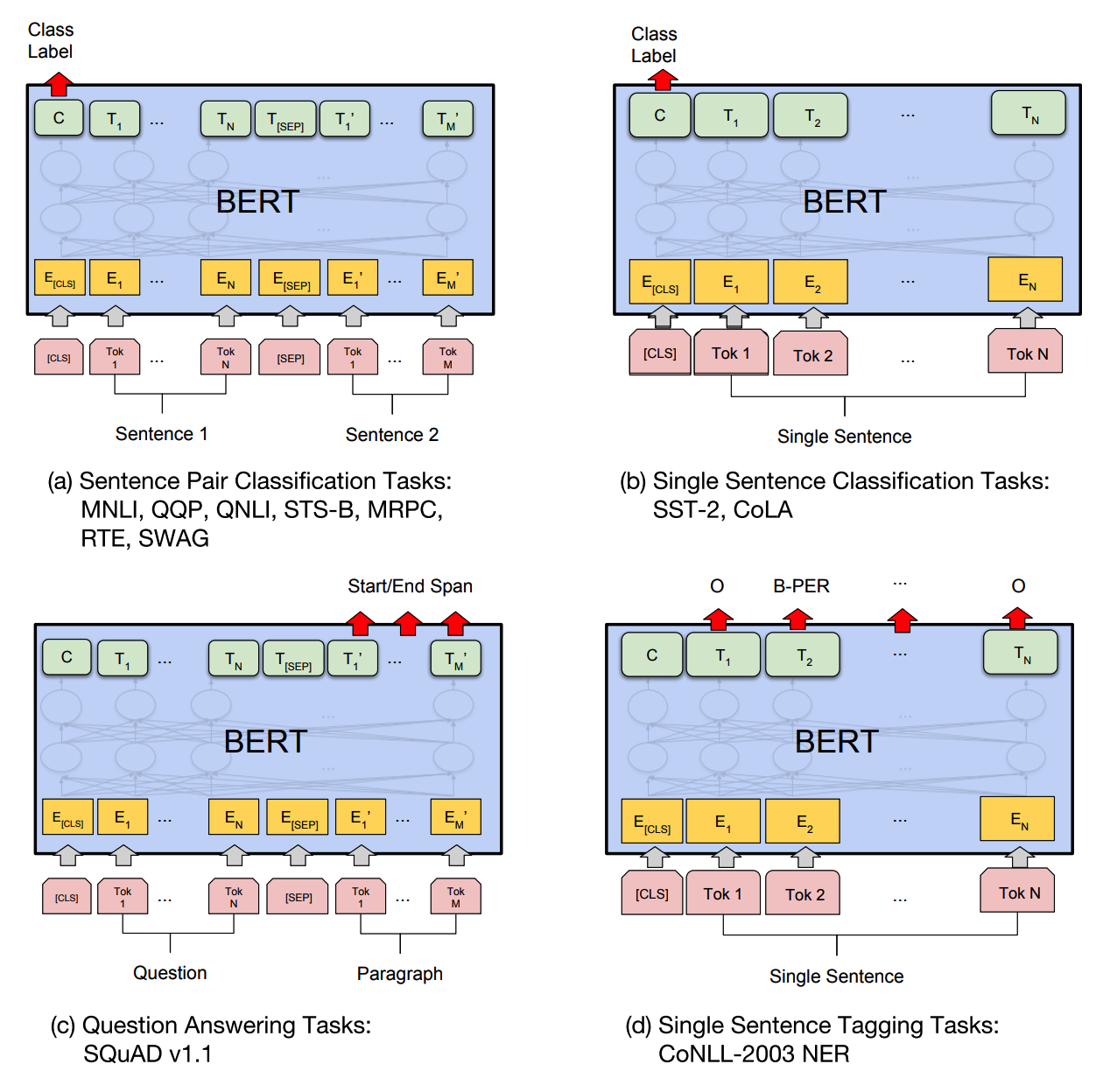 No argument on the incredible result, but I’m not sure what BERT is doing. Works on interpretability can be useful to examine whether BERT is actually solving the task.