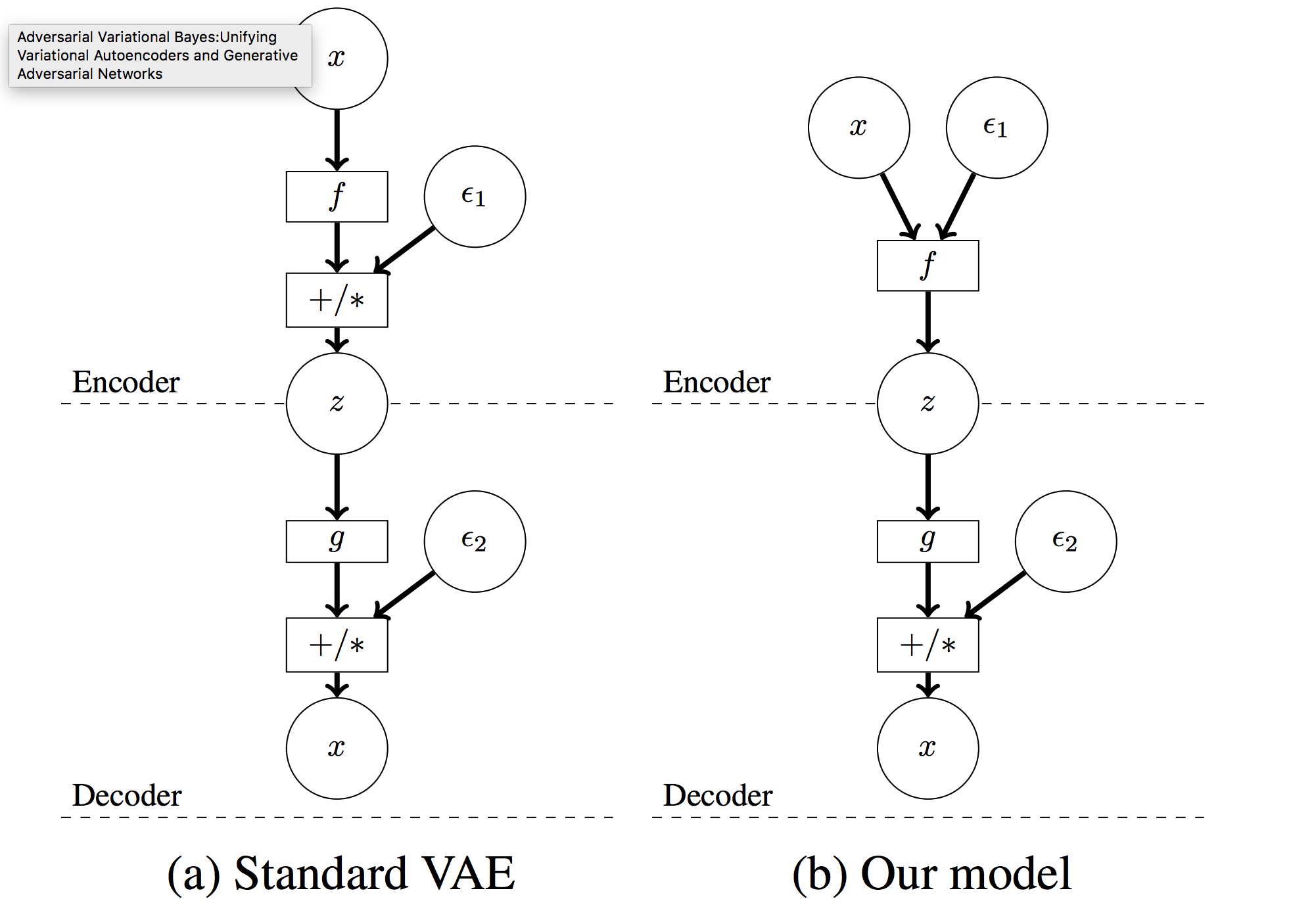 Adversarial Variational Bayes apply gan loss to VAE framework. AVB is different from former VAE in 2 ways: x is inserted to the encoder with noise(epsilon) and the encoder output z. Also, instead of KL divergence, discriminator is used to keep z to the prior. The second difference seems similar to that of AAE, but key difference is that the discriminator distinguishes pairs of x and z from pairs of x and priors. Algorithm is as follows. 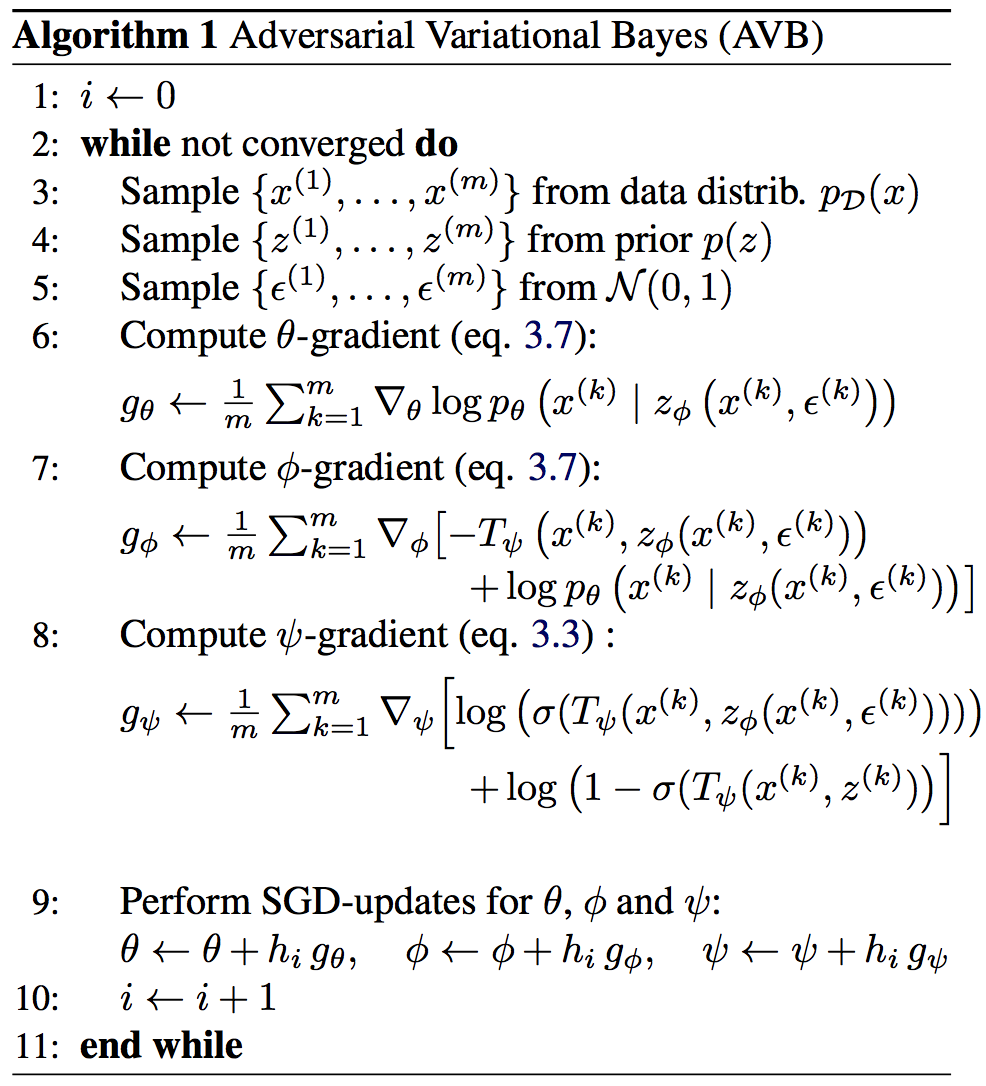 AVB was able to capture more complex posterior distribution and resulted in much better log liklihood and KL divergence in MNIST.